For almost a century, Mylands has been quietly serving the exacting needs of the film, television and theatre industries. Today, the skills and expertise of Britain’s oldest family-owned and managed paint manufacturer are available to all, from DIYers to Hollywood set designers. 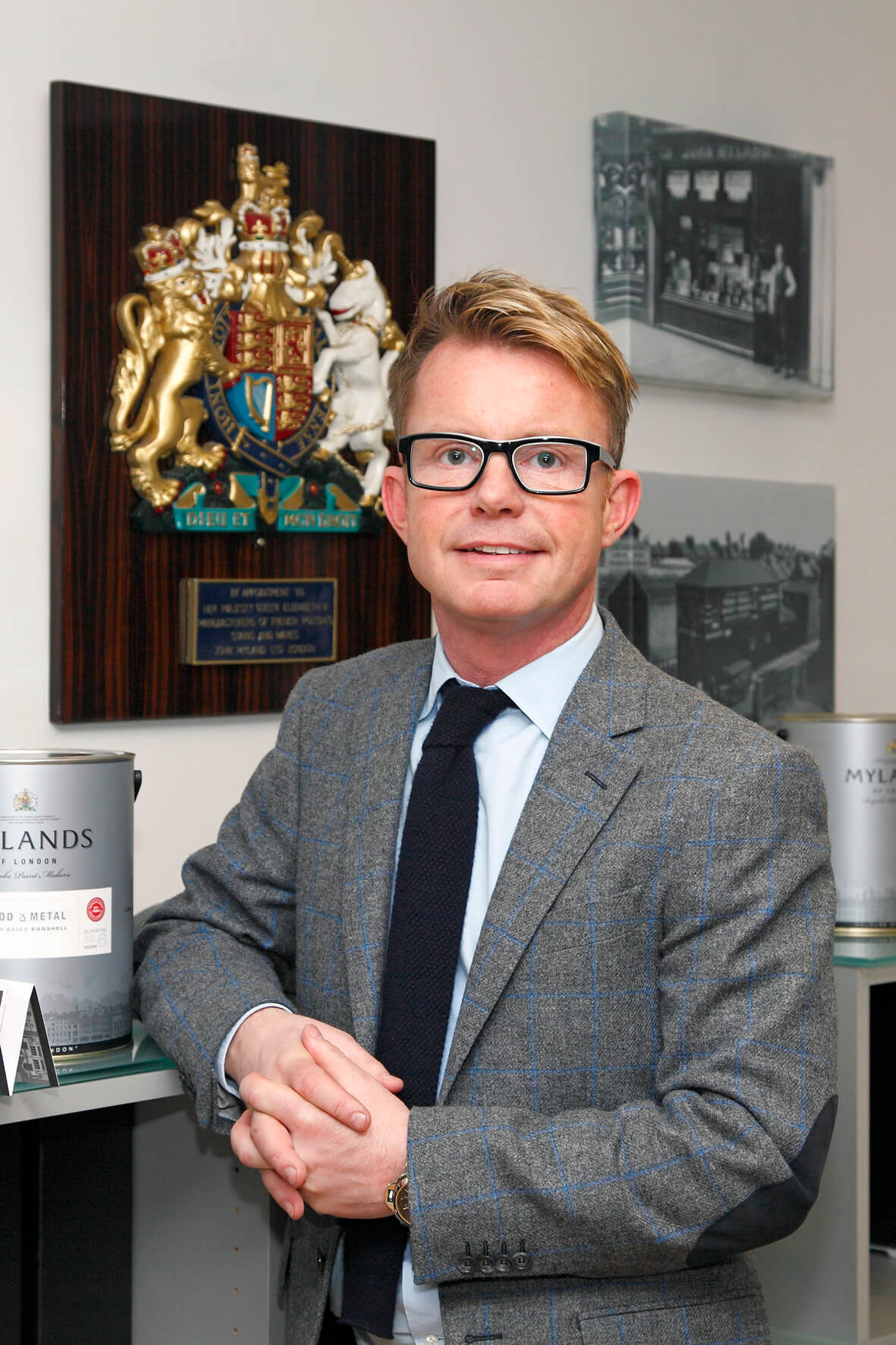 Above: Dominic Myland, Director of Mylands and great-grandson of founder, John.

Only one brand has appeared in every James Bond film from Dr No in the early 1960s to last year’s No Time to Die. It isn’t Aston Martin or Omega or Anthony Sinclair, but Mylands.

For almost 140 years, Mylands has been producing high-quality, highly pigmented decorative paints from its founding home in Lambeth, South London. The business has been at the heart of the British film, television and theatre industries from the very start, even before the emergence of the infamous Pinewood Studios in 1935.

The secret to its enduring success is that most of its paints are still made to original formulations using natural earth pigments – a rarity in modern paint production.

“This gives our paints a unique quality and depth of colour ideally suited to scenic construction, which is why they are widely used in the theatre, film and television,” says Dominic Myland, the fourth-generation director of the eponymous family business.

In 2012, Mylands returned to its retail roots, a market it hadn’t served for several decades.

“We had to start again, effectively, but it has proven to be a smart decision,” explains Myland. “It allowed us to take all the skills and experience we had gained from producing heavy pigmented, high-quality decorative paints and use them to create a very durable interior paint.”

Take Mylands’ Marble Matt Emulsion, its signature paint finish, which contains finely crushed Carrara marble and gives the paint its name. Not only does the paint look good, but the ground marble is the perfect filler to achieve the body and texture required for smooth spreading. It also makes the paint incredibly durable.

“Creating a premium paint is about more than just looks, it’s about performance too,” notes Myland. “Homes aren’t meant to be showrooms; they’re meant to be lived in. Our Marble Matt Emulsion is washable, even scrubbable if needs be, making it the perfect paint for interior walls in every room.”

In a world of digital colour scanners and mixers, Mylands’ production techniques are surprisingly analogue, mainly because “there’s no substitute for the human eye”. But that doesn’t mean the business is averse to deploying technology in the right areas – especially when it brings environmental benefits.

The business will soon take delivery of a sophisticated new spectrophotometer capable of taking a colour sample and accurately producing a 100ml sample the same day. Previously, these machines typically produced a minimum of one litre, which resulted in a significant amount of waste. Or the task was performed manually by a colour specialist, someone whose skills are always in high demand and the job may not be done for several weeks.

“It doesn’t sound all that impressive when you can walk into any home improvement retailer and use their digital colour matcher but those machines only work to a preformed database of existing colours,” explains Myland. “Ours will match and create that actual specific colour, not the colour closest to it.

“In theory, we could walk into to a hotel, match a piece of fabric and produce a 100ml sample, without a human eye, and get it to them the next day. That’s very exciting. I don’t know anyone else in the UK that has or is going to have that capability.” 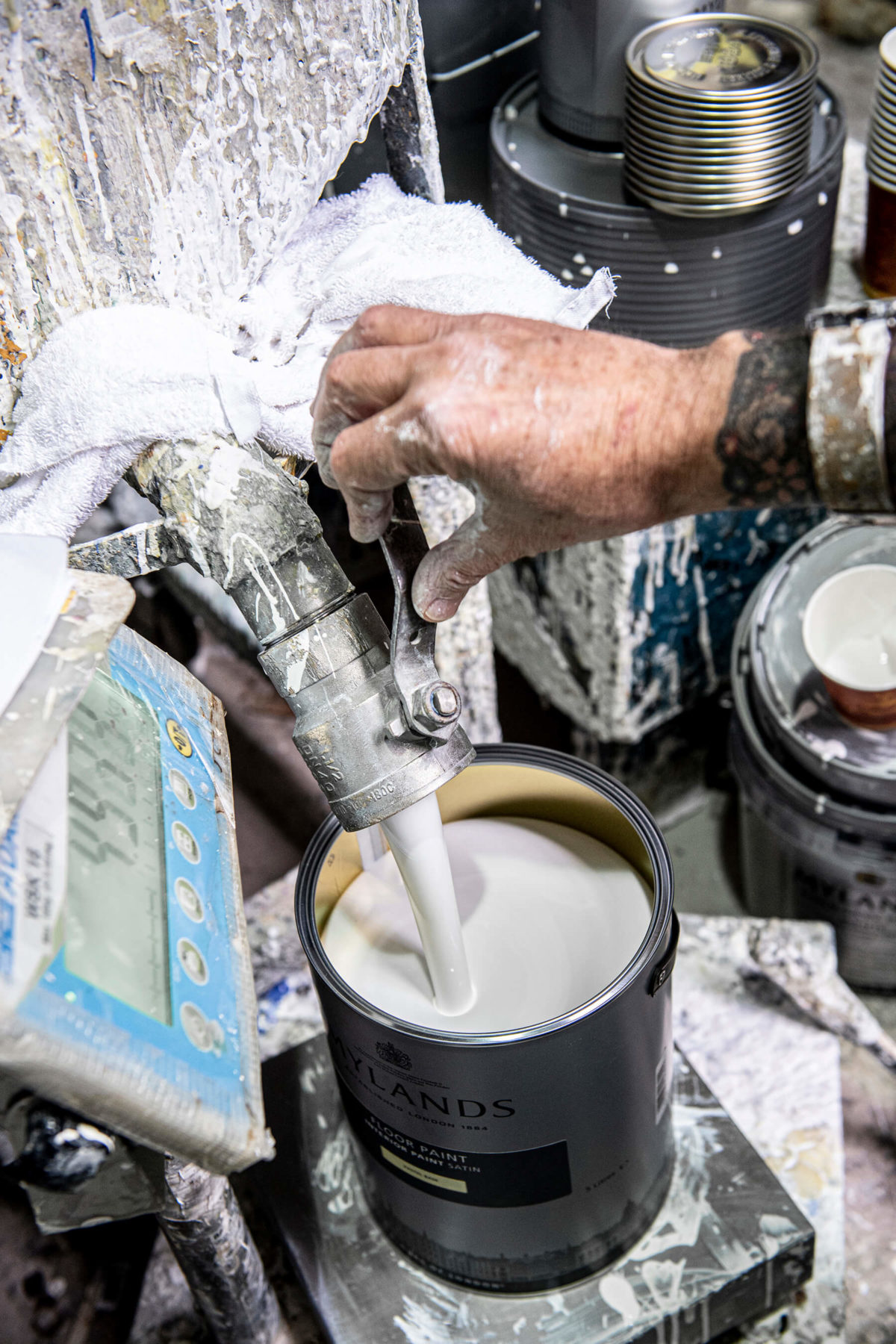 Above and below: Mylands is the last remaining paint manufacturer in London and the only one in Britain to hold a Royal Warrant 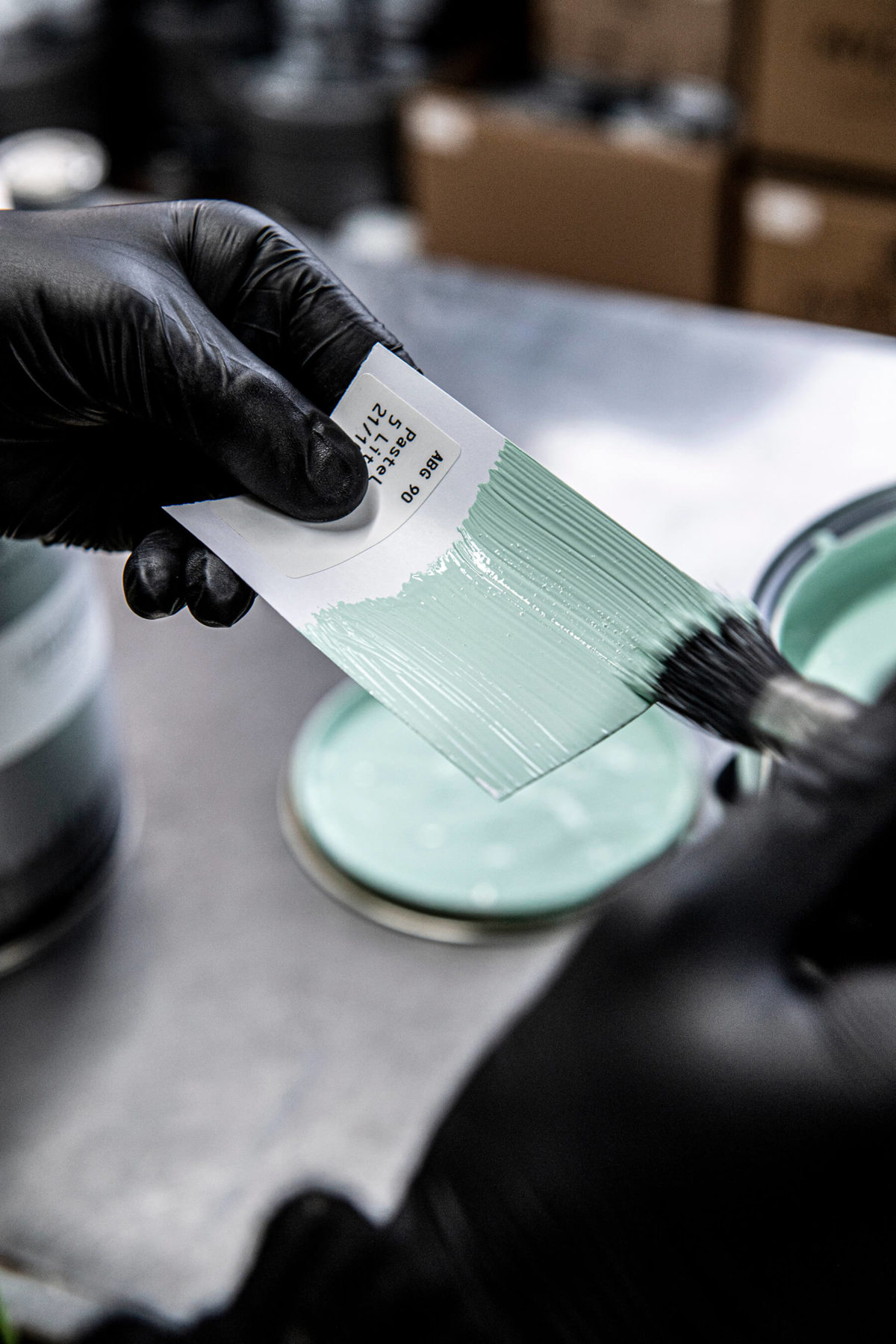 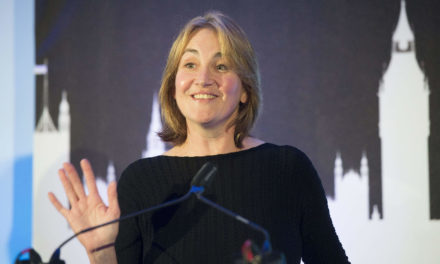