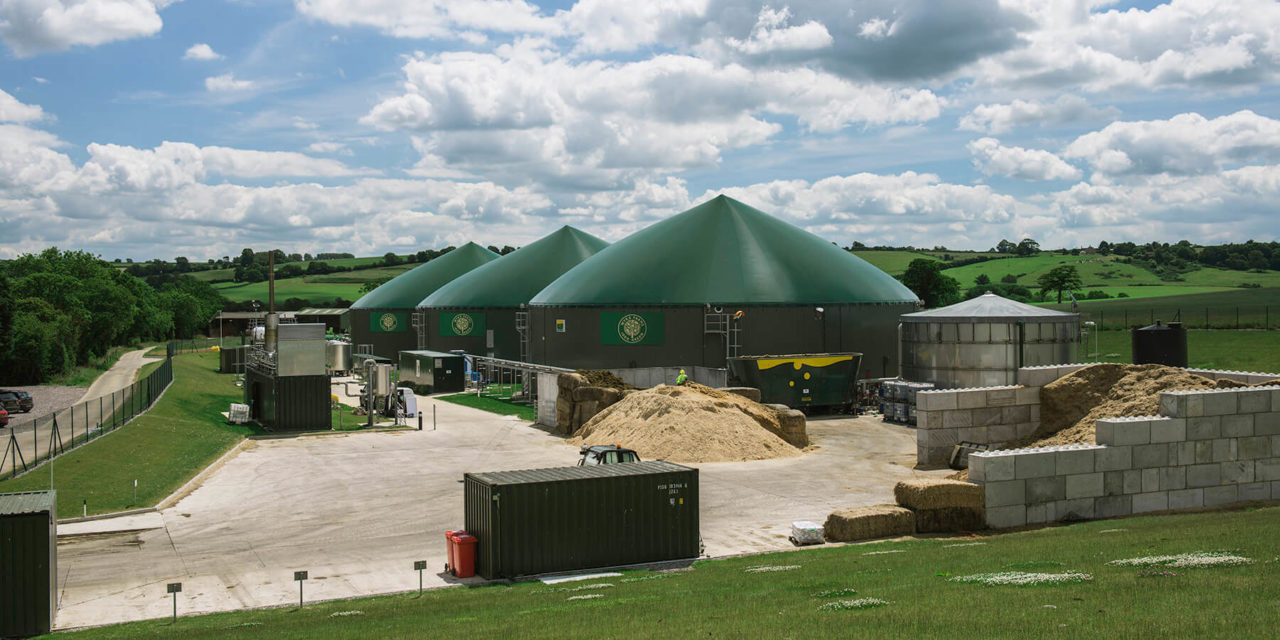 Above: Wyke Farms’ products have won more awards at national cheese shows
than any other

Based in the West Country, this well-established cheese maker shares the secrets of life on the farm and how it became 100% self sufficient in green energy. 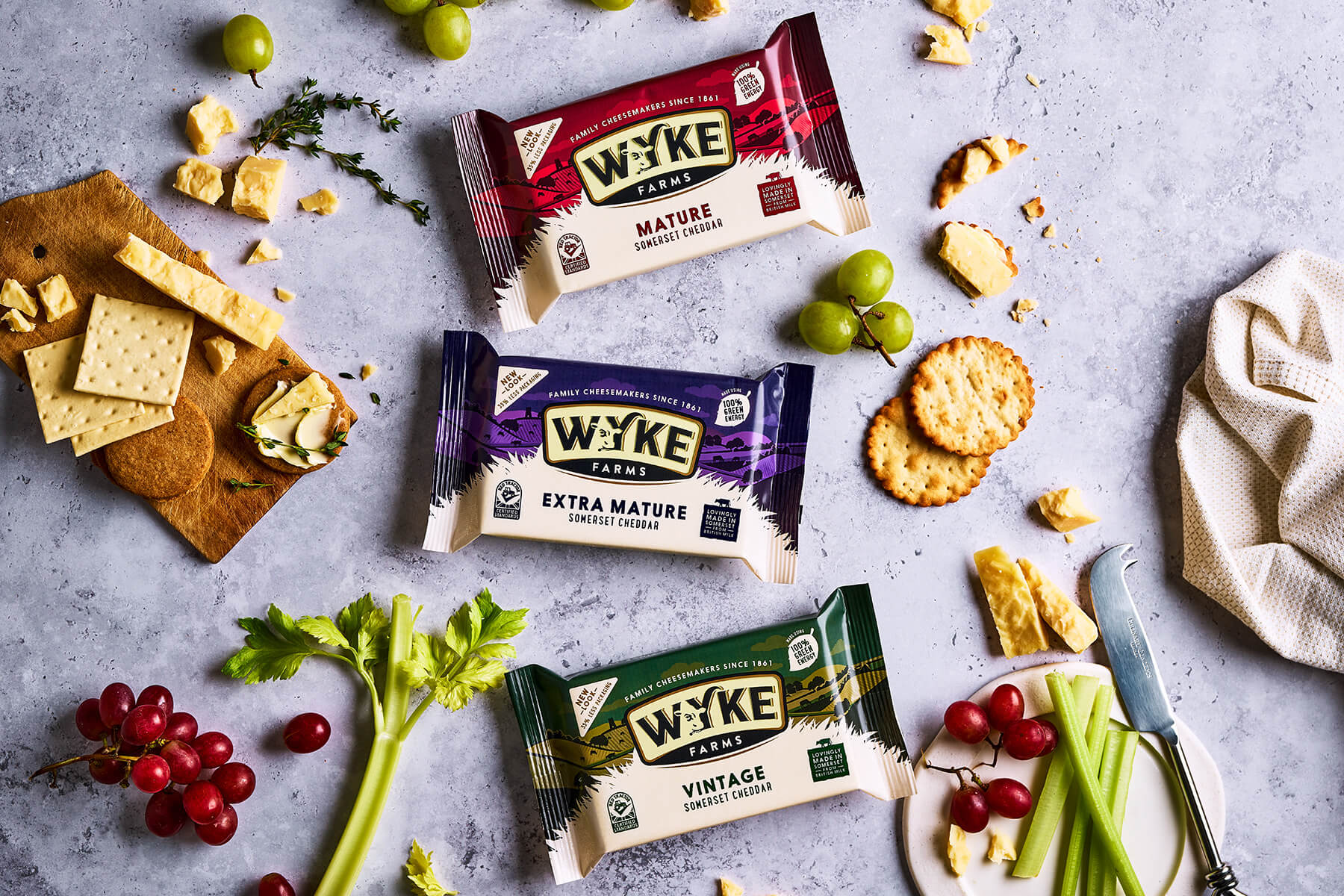 Above: As part of its expansion project, new products are planned over the next five years to celebrate the company’s long heritage, including Ivy’s Dairy

Above: Made from an old family cheese making recipe, the grandchildren of Wyke Farms’ original founders continue the long-held traditions

Wyke Farms is a unique, integrated dairy business with a full “farm to fork story”, owning its own family farms, cheese and butter making operations, milk processing and producing all its own renewable gas and electricity from solar and farm waste. Wyke Farms is the UK’s largest independent cheese producer, and the Clothier family is committed to running the operations in a way that creates a net positive impact in all areas.

Based in the heart of Somerset’s cheddar-making region, this 160-year-old farmhouse cheese maker produces over 16,000 tonnes of cheese per year to its original secret recipe handed down through the generations. Quality milk is sourced from their own herd of 1,000 dairy cows as well as 250 contracted farms, the majority of which are based within a 50-mile radius of the dairy.

With a turnover of £120million, Wyke Farms Cheddar is sold throughout the UK and to 160 countries around the world whilst remaining true to its roots. The enterprise was established by Ivy and Tom Clothier using the family cheese making recipe. Today, their grandsons Richard and Tom now run the cheese making operations with their father John, whilst her other two grandsons David and Roger run the family dairy farming operations. The four grandchildren share Ivy’s passion for cheese making where flavour, texture and taste are paramount. They believe that this attention to detail is the reason that their cheese has won more awards at national cheese shows than any other.

Wyke Farms is committed to sustainable farming and is proud to be the UK’s first national cheddar brand to become 100% self-sufficient in green energy. Wyke Farms sources all its electricity and gas from both solar and biogas, generated from the farm and dairy waste. Biogas energy is generated from its own anaerobic digester (AD) plant, which saves Wyke Farms more than 20 million kilos of carbon dioxide per annum. The company is now Europe’s most sustainable business.

Recent developments in the manufacturing plant include upgrades to the packaging and distribution Centre of Excellence facility. The centre includes a significant increase in cheese maturing capacity with an additional 2,500 tonnes of cheddar stocks being aged on site to support the increased demand for our flagship 18-month-old Ivy’s Reserve Vintage cheddar across the world. The site also has increased cheese despatch storage to allow consolidation of cheese container orders prior to export in a post-Brexit world, as well as and a long-life packing line for cheese exports. There is also a respectful nod to our cheese making heritage with a museum area incorporating retired cheese making equipment from the past 200 years. Built to the highest environmental standards, including solar, heat recovery and air sourced heat pumps, the expansion accommodates an additional high-speed cutting and packing line for increased volume and longer life cheese packs for overseas export markets.

Wyke Farms is a progressive business that doesn’t stand still, continuing to challenge itself to find more sustainable ways to operate, to protect the local environment and harness natural resources. 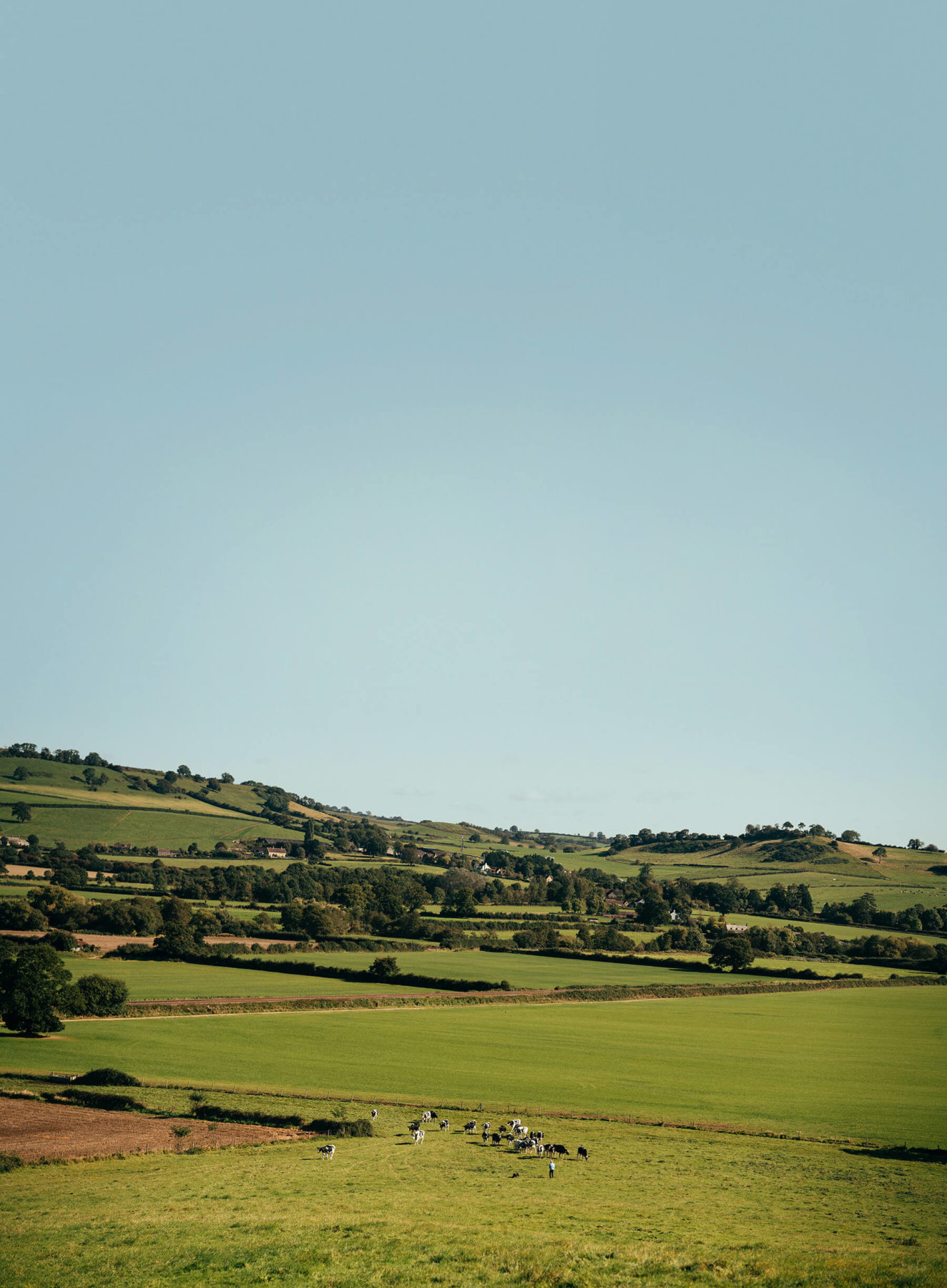 Above: Milk is sourced from Wyke Farms’ own herd as well as from 250 contracted farms, all within a 50-mile radius of the dairy 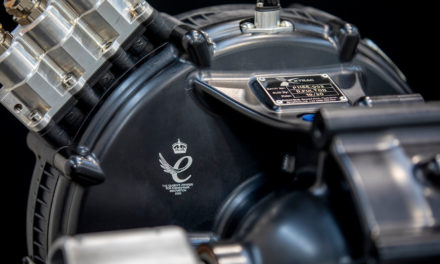 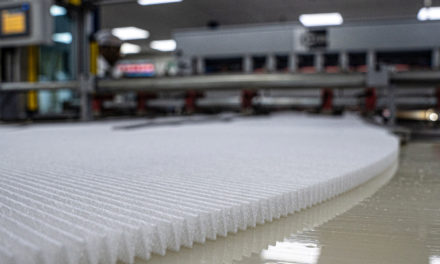