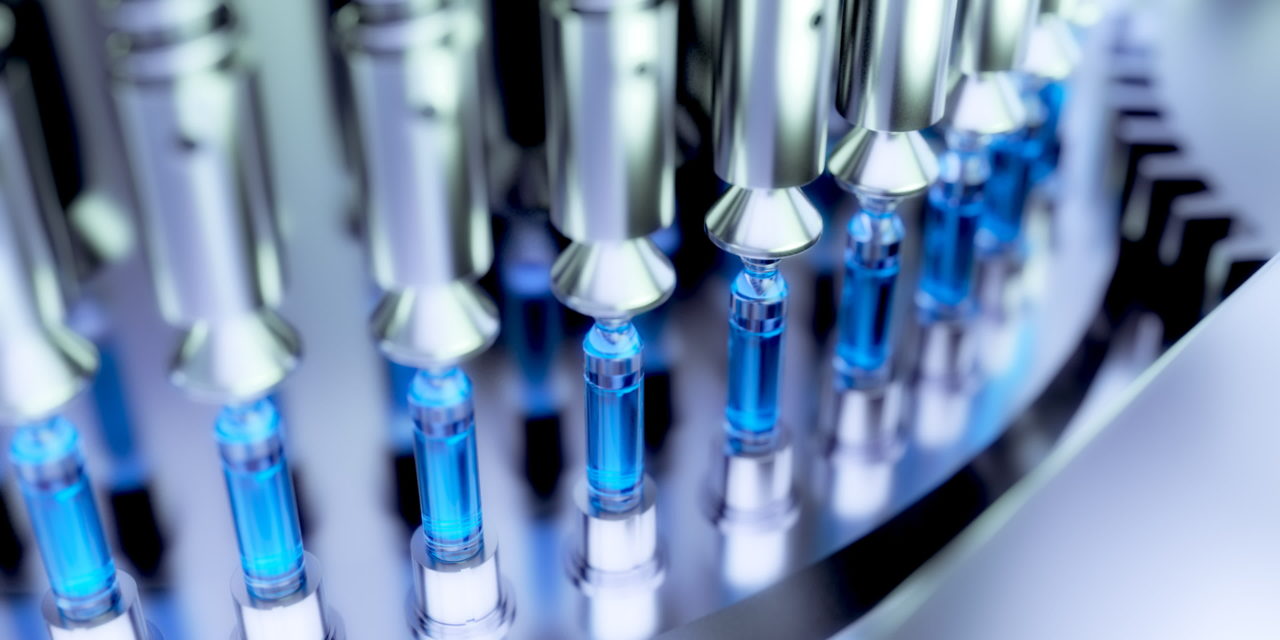 Investments from both companies and the UK government aim to accelerate new drug discovery and speed of manufacture as the industry increasingly prioritises agility and personalised medicines. 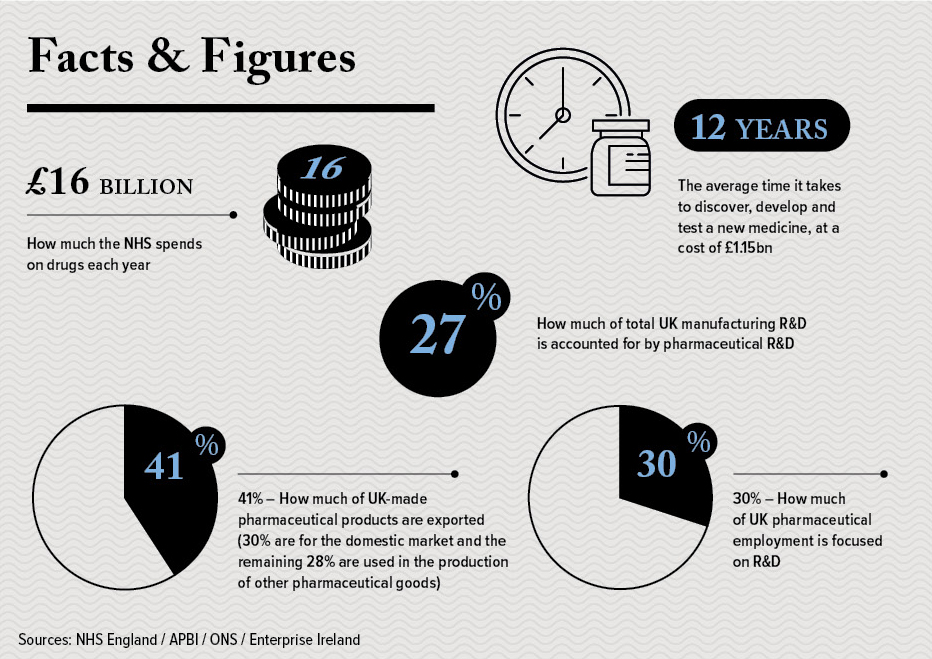 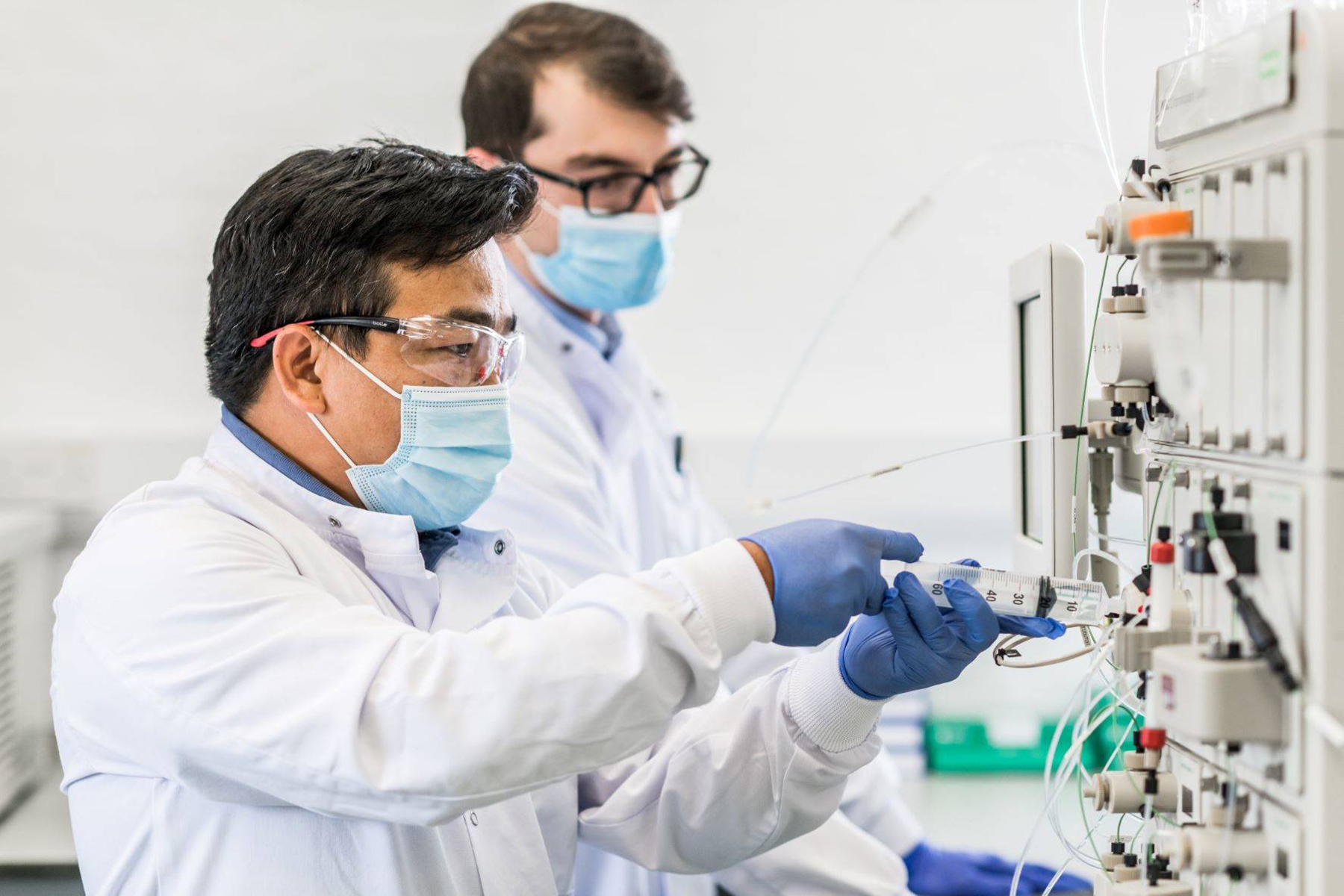 Above: Touchlight DNA Services is disrupting the decades-old technology of DNA production, moving away from restrictive biological approaches to instead use a synthetic DNA vector. Credit: Touchlight DNA services

If there was ever a year in which the world began to understand the importance of the pharmaceutical industry’s ability to adapt quickly to challenging, daunting and unprecedented circumstances, 2020 was it. Never before have we seen evidence-proven, genuinely effective, life-saving vaccines developed and deployed at such a rapid pace – and at such scale.

“British manufacturing companies rallied early in the pandemic to offer their support and industrial know-how to support various vaccine candidates on the challenges of scaling up and manufacturing Covid vaccines at pace,” says Steven Bates, OBE, chief executive of the Bioindustry Association.

Bates was a member of the Vaccine Taskforce under Kate Bingham – the very taskforce that shepherded the Oxford AstraZeneca vaccine into widespread distribution.

“The efforts of the UK’s manufacturing companies were pivotal in ensuring the rapid turn-around of vaccines within one year of the start of the pandemic,” continues Bates.

“These actions have shown the strength of the British medicine manufacturing sector and has been recognised by global players such as Fujifilm Diosynth Biotechnologies, Pfizer and Cytiva who have made large investments which will onshore key manufacturing capability here in the UK and create well paid, highly skilled jobs for the British economy.”

In line with this, the past few years have seen a number of enormous investments in new and high tech production facilities:

Pfizer invested £10m in its facilities in Sandwich to produce novel, continuous tablet manufacturing processes. “This technology increases the speed and efficiency by removing the need for the traditional batch scale-up process, which is slow and inefficient,” explains Brian Henry, chair of the Medicines Manufacturing Industry Partnership (MMIP) and vice president of drug product design for Pfizer.

Cytiva has gone even further, investing more than £300m in partnership with Pall Life Sciences to open a new manufacturing facility in Cardiff – covering over 11,000 square metres. It’s expected the new facility will produce 250 jobs.

The UK’s Catapult network has also seen substantial investment and increase in capability with the new Cell and Gene Manufacturing Innovation Centre in Braintree coming online alongside the Cell and Gene Therapy Catapult in Stevenage.

“The Centre for Process Innovation (CPI) is at the forefront of global understanding of mRNA technologies with its new mRNA centre of excellence and training academy, which will be key for future pandemics and industry understanding in this innovative field,” explains Bates.

This is absolutely crucial to plan for the future. Covid will not be the last pandemic we experience in our lifetimes. There is no doubt that urban expansion will only increase the likelihood of another zoonotic disease spreading over the globe. Being able to develop, test and roll out vaccines as quickly as possible will be more important than ever.

And genetic therapies, such as mRNA vaccines, will be indispensable. Hampton-based company Touchlight DNA Services (Touchlight) has spent years developing a new way to manufacture enzymatic synthetic DNA (dbDNA) which will allow for fast, reliable, safe and scalable ways to produce genetic medicines.

Traditional methods of producing DNA involve using the bacterium E. coli – which is less than ideal. The technique, now 30 years old, is vulnerable to producing strains of DNA that contain antibiotic resistant genes. New technologies such as dbDNA can produce synthetic DNA at a scale, speed and purity that could truly allow genetic medicine to flourish.

“This is the fastest growing market in biotech for a reason,” says Karen Fallen, CEO of Touchlight DNA Services. “This is a very fast paced industry – you can’t stand still. So, innovation is, really key. Traditional methods of producing DNA plasmids from E. coli were very difficult, just from a supply chain perspective to actually access material created many backlogs. Our synthetic method is very fast by comparison, you don’t need cells for the manufacturing process.”

This innovation isn’t just relevant to Touchlight, it is relevant to the entire field. “Obviously using synthetic methods is great for us, but it’s also really good for the industry as a whole to just get rid of these old school technologies and move on,” Fallen notes.

In the industry’s pipeline: cancer vaccines, which could revolutionise how each and every one of us lives daily with the fear of cancer, a disease that strikes one in two women and one in three men.

Another key area of innovation is personalised medicines. As the expression in biology goes, ‘Exception is the rule’. We will never create a drug that works for everyone, and tailoring drugs to every patient, including using equipment set up right at a patient’s bedside, increasingly appears to be the future of medicine.

“From an industry perspective, there has been an increasing focus on highly personalised medicine and advanced therapy medicinal products (ATMPs),” says Henry. “In the future, some of the most exciting medicines could be tailored for each patient, perhaps even individually manufactured at someone’s bedside, called ‘Point-of-Care’ or POC manufacturing. This has potential to create an agile manufacturing and regulatory framework while maintaining the highest standards of patient safety.”

And last, but certainly not least, the pharmaceutical industry is keen to reduce its environmental impacts, which can be surprisingly considerable.

“Roughly 70-90% of the environmental impact of a new medicine is in the actual chemical synthesis,” explains Henry. “So, while we all are frustrated with the paper and plastics in medicines packaging, the greatest effort really needs to focus on the chemical synthesis, use of solvents and petrochemicals and then the waste streams across the whole end-to-end supply chain.” The adoption of new ‘green chemistry’ practices promise to revolutionise the entire field.

It’s worth noting that exports from the British pharmaceutical sector are worth £20bn – a considerable addition to the nation’s economy. And all signs indicate it will become more nimble, adaptive and sustainable in the years to come. One sector worth keeping an
eye on.

“In the future, medicines could be tailored for each patient, perhaps even individually manufactured at someone’s bedside” 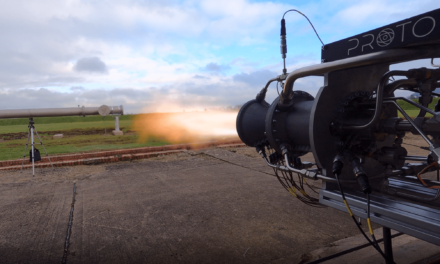 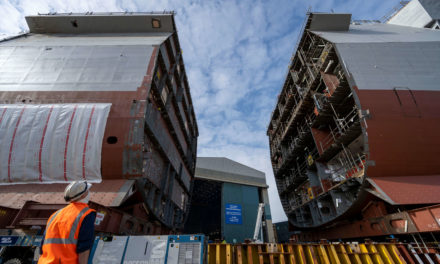 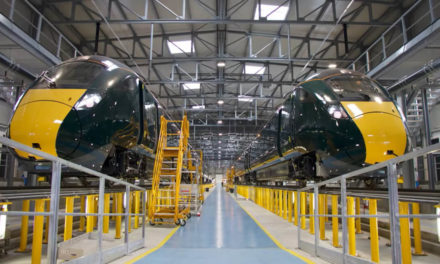 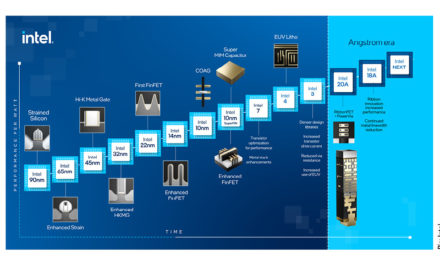