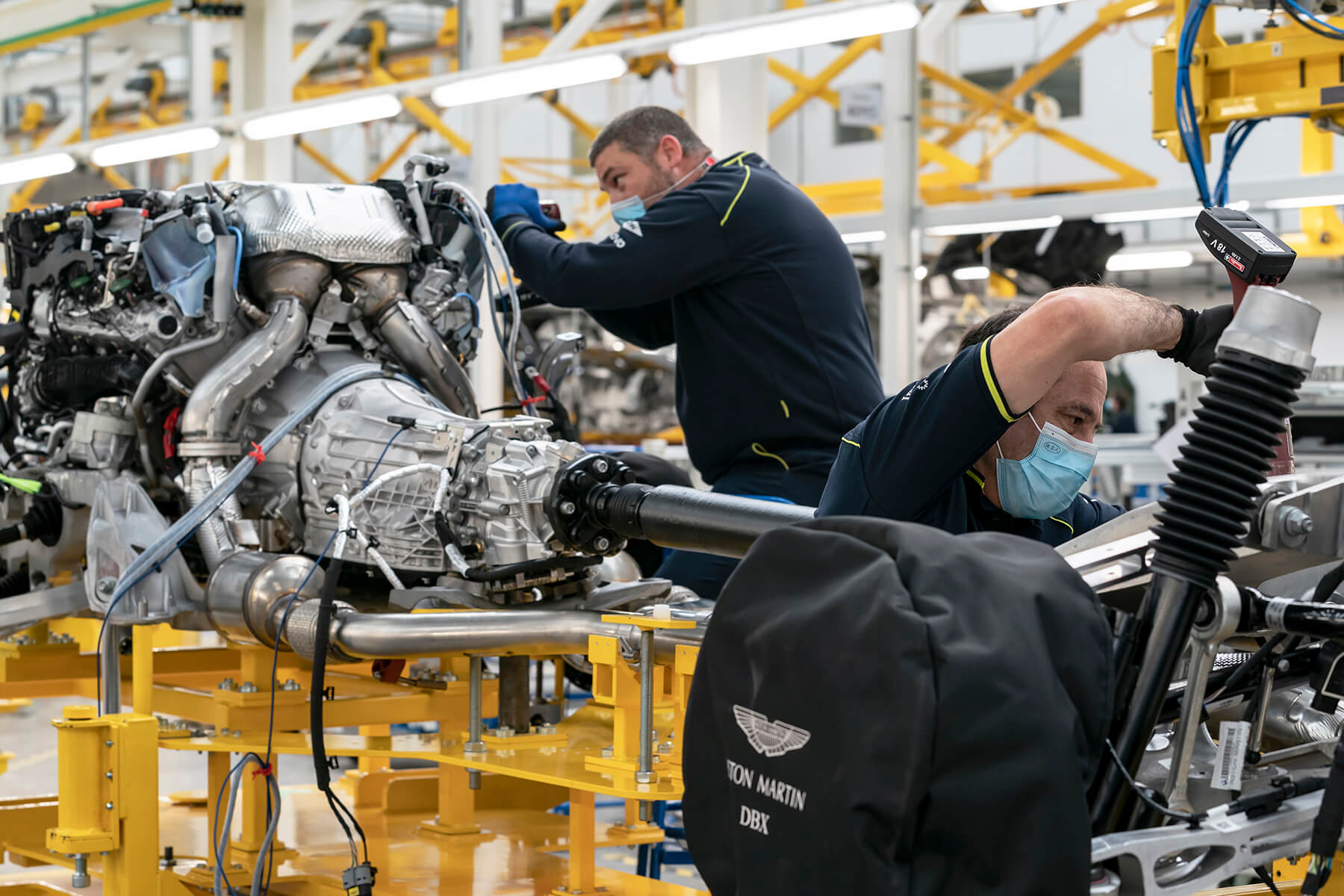 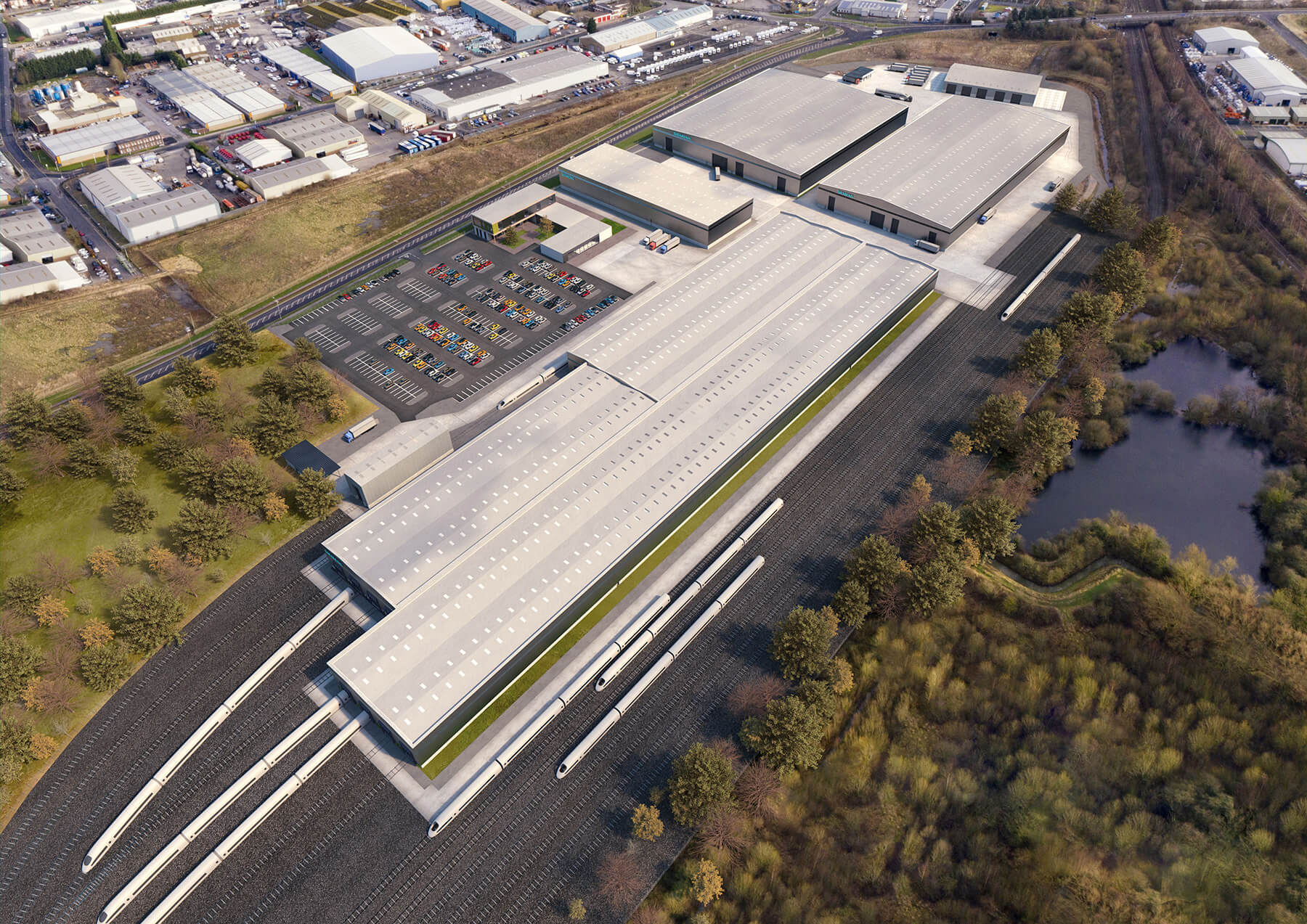 A 300,000 reduction in jobs over three years is bad news for workers, businesses or the sector as a whole. However, some positivity can be taken from the substantial number of new jobs expected to be created in the near future.

The jobs listed here are a snapshot of the announcements made between January and mid-April 2022. It is by no means exhaustive and, like our overview of UK manufacturing investments, it only includes publicly made statements and those that included definitive figures. As a result, the true number of new jobs is likely to be much higher.

Green renewable energy company Fortescue Future Industries plans to create up to 1,000 jobs at Williams Advanced Engineering in Oxford. Fortescue acquired the battery and technology arm of Williams Formula One earlier this year in a deal valued at £164m.

In February, Europe’s largest developer of logistics property Panattoni submitted plans for a £700m redevelopment of the former Honda site in South Marston. If granted, the new logistics and manufacture centre is expected to create around 7,000 new jobs.

Development is underway on a Siemens Mobility’s new train manufacturing plant and supply chain rail village on a 67-acre site in Goole, East Yorkshire. Once operational, the new factory could create up to 700 skilled jobs, as well as an additional 1,700 indirect jobs throughout the UK supply chain. It is scheduled to open
in 2023.

Australian engineering giant Worley has pledged to create more than 1,000 highly-skilled jobs in areas including Humberside, Manchester, Leeds, Glasgow and Aberdeen as part of an expansion of its UK operations. The commitment forms part of the company’s effort to support the UK in its energy transition and drive for net zero.

Zero Carbon Humber is an ambitious plan to decarbonise the most carbon intensive industrial cluster in the country. A consortium of international energy producers, major regional industries, leading infrastructure and logistics operators, global engineering firms and academic institutions are collaborating to achieve the vision. The project is expected to protect 55,000 existing jobs in the Humber and create 49,000 new ones, while supporting skills, apprenticeships and educational opportunities across the region.

The Vaccine Manufacturing and Innovation Centre (VMIC) is currently under construction near Oxford. Once complete, the new facility is expected to employ more than 400 people and support public and private organisations seeking
to develop and manufacture biotherapeutics.

International engineering and digital services group Assystem has announced plans to make 450 new hires in the UK in 2022 to work on low carbon projects to meet the growing needs of its customers in energy, rail transport and infrastructure.

Rolls-Royce is currently recruiting for its Small Modular Reactor business. Career opportunities span engineering and procurement to programme delivery and regulatory affairs, and include positions for graduates, apprentices and interns. When fully operational, the Rolls-Royce SMR programme is expected to create 40,000 jobs primarily across the North and Midlands where the majority of UK nuclear expertise is located.

Bakkavor Salads, part of prepared food manufacturer Bakkavor Group, is looking to hire 300 new people to join the food production team at its Bourne facility in Lincolnshire. The site produces prepared fruit, stir fry, noodles and dressed salads and is already one of the largest employers in the area with 1,200 employees.

Sirane has expanded into a third site in Telford following a multimillion-pound investment which will create up to 100 jobs. The new site in Halesfield has added approximately 40,000sqft of additional manufacturing space, as well as allow further investment in sustainable packaging technologies.

Jaguar Land Rover is creating 100 new jobs at its engine manufacturing centre near Wolverhampton, following the recent launch of the new Range Rover – for which it reportedly already has 40,000 orders.

Swedish EV manufacturer Polestar has announced it will open a new research facility in the Midlands, creating employment opportunities for more than 800 people.

Dyson is launching one of its largest ever recruitment drives to fill 900 new jobs based in Bristol and Wiltshire. The new roles will reportedly support the company’s development into new fields such as data connectivity and robotics.

Thales UK is aiming to take on its largest ever number of apprentices in 2022. The 126-strong cohort is expected to be split across its sites in Belfast, Crowley, Glasgow, London, Reading and Somerset. In addition, the company is launching a new cyber-degree apprenticeship with a cohort of 10 apprentices in Reading.

BAE Systems has also announced its largest intake of early career roles with more than 900 apprentices and 750 graduate and undergraduate roles. The majority of roles will be based in the North of England, with opportunities also available across the South of England, Scotland and Wales.

Burnley-based manufacturer of uPVC windows and doors VEKA is set to take on a record number of apprentices in 2022 as it kick-starts a new programme aimed at giving young people ‘more than just a qualification’. Together with skills-based learning, the 10 apprentices will also take part in several events and activities designed to grow and develop their lifeskills.

Bakkavor Group intends to take on 60 apprentices in 2022, a 36% increase on the previous year. The roles will be based at Bakkavor sites across the UK, including Scotland, Wigan, London, Lincolnshire, Newark, Somerset and Kent.

Wren Kitchens is currently seeking more than 100 apprentices to join its business by the end of 2022. Wren’s new state-of-the-art kitchen manufacturing facility in Barton-upon-Humber, North Lincolnshire, is located next to its headquarters. Opening this year, the 1.2 million sqft site has created 1,200 new jobs in manufacturing, transport, engineering and head office support roles.

Weetabix is looking to take on six apprentices this summer, two focused on manufacturing and operational management and four on a more engineering-based pathway.

Kellogg’s Factory in Manchester, the single largest producer of cereals in Europe, is recruiting for five new apprentices to join its manufacturing team later this year.